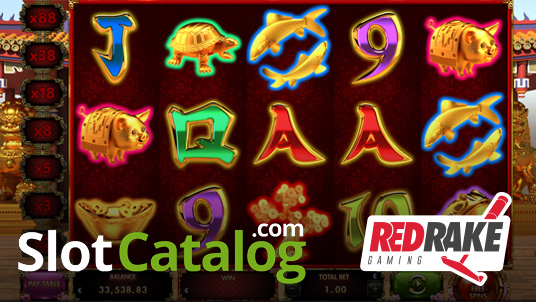 We’ve met with Nick Barr, Managing Director of Red Rake Gaming Malta to discuss the story behind their success as well as their upcoming releases Mata Hari the Spy and Cai Shen 88.

Welcome Nick! Thanks for taking the time to chat with us at SlotCatalog. Could you give the readers an introduction to the history behind Red Rake Gaming and how you came to join the company?

Thanks, it’s a pleasure to be here! Basically, the parent company of Red Rake Gaming was created back in 2006 and started a casual games business in 2008, focusing on the social casino sector since 2010. Red Rake Gaming, the B2B real money brand, started its operations in late 2015 and while its co-founders Javier and Carlos Fernández and their team had no experience or contacts in the real money industry, they had been developing online casino years for many years.So the aim of the company from the beginning was to create the best casino games in the market while developing relationships with all the stakeholders in the industry, namely operators, testing houses, platform providers, aggregators and regulators.

I think it’s safe to say that the company has executed the strategy well, as Red Rake has experienced phenomenal progress in our short history. Just in 2019 we have acquired the two most prestigious licenses in the industry, issued from the UK and Malta. We have also entered into some of the most prominent regulated markets, like Portugal, Italy and Romania. We have also exhibited for the first time at the biggest gaming fair in the industry, ICE London, and in the biggest Asian gaming fair, G2E Asia, and we have opened a new office in Malta, so we have now a 50 person team based out of our Valencia (Spain) and Sliema (Malta) offices.